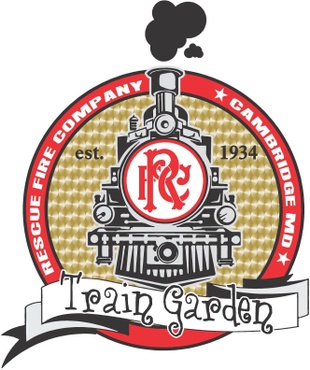 Remembering Train Gardens Past While Building Our Future

Now in its 86th year, the Rescue Fire Company Train Garden is one of Cambridge’s most cherished and oldest Christmas traditions, one shared and cherished across generations. Children revel in joy watching the passing O Scale trains, while adults find fun details hidden throughout the display. Local landmarks abound, from the businesses on Cambridge Creek, to the historic “old firehouse” in which the display is housed.

And, in addition to being one of Cambridge’s oldest holiday highlights, the RFC Train Garden is perhaps the oldest public model train display in continuous operation in the United States. First opened in 1934, the Train Garden has survived the Great Depression, World War II, the Vietnam era, rise and decline in Cambridge industries, and Rescue Fire Company’s move to the Cambridge Public Safety Complex in 2007.

Join us in celebrating the season, and playing with some trains!

Learn More About Our Past

We accept donations of any kind, whether they be time, money, or items to be used, sold, or raffled. Over the past half decade, the support we have received from local individuals and businesses has been great, and we appreciate and look forward to working with the community even more.

If you want more information about becoming part of the Train Garden, or if you have a business and would like to partner with us in any way, please feel free to reach out by email or phone. We love new and exciting partnerships that are beneficial to the Train Garden and to the supporters we have.

RFC Train Gardens, Past and Present

The Train Garden Gets Rolling

1934, our founding year. But 1934 wasn't truly the beginning. For several years prior to 1934, Rescue Fire Company and its Christmas Committee had held Christmas Day parties for Cambridge children. These parties featured games, entertainment, and gifts of candy and fruit or repaired toys for children who attended. In keeping with the terrible segregation policies then common on Maryland's Eastern Shore, two parties were held, one for white children at the firehouse on Gay Street, and another for black and minority children at the Elks Lodge on Pine Street, the "main street" of Cambridge's black community at the time.

1932 brought a new addition to the party: a model village based upon Harpers Ferry, West Virginia. The village featured detailed landscaping and three hand-built bridges, described by the Daily Banner at the time as, "a perfect representation" of the famed bridges. The display was left up for viewing by the public during the week following Christmas.

The party continued in 1933, but it wasn't until 1934 that a new display was built, this time featuring the trains!

Rescue Fire Company again featured Christmas parties for children, segregated still. At the Gay Street firehouse, the trains pulled into the station. The Christmas Committee, coming off their Harpers Ferry model, followed with a reproduction of Horseshoe Curve, on the Pennsylvania Railroad, near Altoona, Pennsylvania. Though little information remains regarding the display, the railroad theme begun in 1934 started a tradition Cambridge has grown to love.

1934 was a particularly festive Christmas season in Cambridge. The Chamber of Commerce and its members pooled funds for new, extravagant Christmas decorations along Race, Poplar, and High Streets from Cedar Street to the Cambridge Post Office. A large tree was placed and decorated at the corner of High Street and Poplar Street. The Daily Banner noted at the time that Rescue Fire Company took part in the decorating: "The exterior of the engine house and the City Hall has been more elaborately decorated this year than ever before, and has drawn a great deal of favorable attention from all who have seen it." The clock tower, "visible for a considerable distance," was illuminated in green and red, a large illuminated star placed over the engine bays, and laurel strung with colored lights hung over the engine bay doors and building entries. The tradition of decorating the municipal building and engine house continues today.

As the Train Garden entered the second half of the 1930s, it began to take the form familiar to visitors today. In 1935, the layout, then twenty-six feet by eighteen feet (our main layout today is forty feet by sixteen feet) featured "[t]rains, bridges, and other mechanical construction," and made "no attempt to reproduce any specific scene." Like now, "[C]hildren derive a great deal of pleasure from this garden, and a great many adults make a special trip to the Engine House to see it." Santa Claus began visiting the Train Garden during this time as well. In a letter he sent to the Daily Banner, Santa announced he would begin visiting children at the Engine House, descending from the roof to the children by route of the fire pole. When Rescue Fire Company acquired an aerial ladder truck in 1938, his visit began including a descent from the building's landmark bell tower.